skip to main | skip to sidebar

Jenn Windrow is My Featured Author for Today at the Haunted Halloween Spooktacular!

I'd like to introduce you to Jenn Windrow. She writes paranormal romances for Muse It Up Publishing, a publisher I highly respect. Jenn's book is about a Cupid's curse titled, Struck By Eros: Redeeming Cupid.
I know...sexy fun!

Here's the book information below, some flash fiction written by Jenn, and information about her. Don't forget to visit the link at the bottom for a chance to win Spooktacular prizes. Good luck!

Struck By Eros
Redeeming Cupid
Book One
By Jenn Windrow

Publisher: Muse It Up

After a lifetime of dating losers, Noel Chase thinks she’s found love with college professor Len Holder. But Cupid's aim sucks worse than his crap-tacular curse, sticking her with supposed soul mate, Grayson Adler. Grayson is gorgeous, Greek, and an exact replica of the man-whores of her past. No matter what the chubby cherub thinks, Noel is sure Grayson is Mr. Wrong with a capital “W.”

Forced to do Cupid’s bidding, Noel must spend her days with Grayson matchmaking the unlucky-in-loves, and trying to resist Grayson’s charm and do-me-now sex appeal. But when Cupid tries to match her fiancé, Len, with another woman, Noel must make an excruciating decision. Defy Cupid and hang on to Len? Or succumb to her fate and trust Grayson with her heart?

The morning fog ebbed, and the sun peeked between the clouds. Joggers ran through the shallow water, families searched for seashells, and ten feet away, a gaggle of girls surrounded Grayson like seagulls circling a kid with popcorn.
I trekked through the warm sand, threw myself into a chair underneath the rainbow-striped umbrella, and scared away Grayson’s entourage. “Let’s find our lonely hearts and get this over with.”
“Hello to you too, sunshine.”
Pulling a book out of my bag, I cracked it open and settled into my time-toignore-
Grayson pose. A pose that took me weeks to perfect. “Let’s not pretend we enjoy each other’s company.”
“Don’t you get sick of always being…” He waved his hand back and forth in my direction like a conductor guiding an orchestra. “You?”
“What’s that supposed to mean?”
“Just that if the stick in your ass got any higher we could hang a flag over your head and declare you your own state.”
I peeked over the top of my book. “Go get eaten by a shark.”
“Better than sitting on the beach with a crab.” Grayson hopped off his towel, jogged down the seaweed-covered sand, and got lost in the distance. I’d see him again when he located our wayward couple with the bobbing purple arrows over their heads.
Comforted by the sound of waves crashing on the shore, I tried to get interested in the story of a man and woman who managed to find love no matter how many obstacles life put in their way.
Choking out a laugh, I dropped the book in my lap. “What a crock of crap.” If finding the love of your life were so simple, Grayson and I would be leading ordinary lives far away from each another, instead of providing divine intervention for wayward soul mates.
Twenty minutes later, Grayson jogged back, snatched a towel, and wiped away the coat of sweat that covered his perfectly chiseled abs. I couldn’t help but notice the way his black board shorts showed off his Apollo’s belt, that lovely little “V” indent by his pelvic bone. Just because I didn’t want to spend eternity with him didn’t mean I couldn’t admire the spectacular view.
“Found our mark.” He grabbed a water bottle and took a gulp. “I’ll need your help.”
I tossed my book on the sand. “Anything to move this day along.”
With another gulp of water, Grayson grabbed my hand and pulled me out of the chair. “Scenario Sixty-Two?” A couple at odds.
“No. Not Sixty-Two. I don’t have the mental fortitude to fake a fight with you. How about Eight?” I pulled my hand out of his before the lust ignited and we ended up on a Serta sleeper with post-orgasmic guilt.
“Eight won’t work. He’s not exactly… handsome.” Grayson scrunched his nose, which only made him look more adorable.
Not what I wanted to hear. “How about Thirteen?” I wasn’t in the mood to hit on anyone today, but the lesser of two evils and all that.
“Thirteen it is.”
We approached the lavish, red and white beachfront hotel most people found beautiful. It reminded me of the ex-asshole playing hide-the-sausage in the honeymoon suite with his assistant while I stood groomless under a hydrangea covered trellis on this very same beach.
Cupid delighted in finding new ways to torture me.
We walked down the stone path to the beachfront café where a purple arrow floated over a man in his late twenties with a receding hairline, pockmarks, and a shirt that read, “I’m not a geek, I’m a level nine warlock.” No wonder Grayson wanted Scenario Sixty-Two; he had a soft spot for the desperate.
Grayson reached out and unbuttoned three buttons on my bathing suit cover up, exposing a lot more cleavage than a level nine warlock deserved. “Better than your personality.”
I shoved his hands away. “Just go find his other half.”
Grayson blew me a kiss and wandered off.
I closed one of the buttons, slid into the empty seat next to him at the bar, and held out my hand. “Hi, I’m Noel.”
He took a gander of the goods, then knocked over his drink in a hurry to shake my hand. A foamy white substance smelling of rum and coconut crept along the wood. His stare wandered between the crawling liquid and back to me, but he finally made the decision to ignore the mess and talk to the hot girl.
“Norm.” He ogled my abundant cleavage, then remembered his good manners, clasping my hand in his, shaking vigorously.
Thank God for divine intervention, or this poor shmuck would never get laid.
But today was Norm’s lucky day. Today he’d meet his other half. The ying to his yang. The milk to his cookie. The peanut butter to his jelly. And he might even have sex.
“Do you play Warcraft?” He looked hopeful.
I shook my head.
“It’s a great game. See, the elves hate the orcs…” Norm started his very detailed explanation.
At the twenty-minute mark of the ins and outs of The World of Warcraft, I developed an irritating twitch. Another moment and I was going to find a BFG, otherwise known as a Big Fucking Gun in geek speak, and shoot myself. 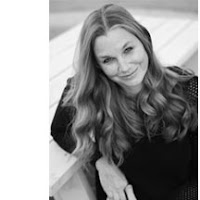 Jenn Windrow loves characters that have a pinch of spunk, a dash of attitude, and a large dollop of sex appeal. Top it all off with a huge heaping helping of snark, and you’ve got the ingredients for the kind of fast paced stories she loves to read and write. Home is a suburb of it’s-so-hot-my-shoes-have-melted-to-the-pavement Phoenix. Where she lives with her husband, two daughters, and a slew of animals that seem to keep following her home, at least that’s what she claims.

3 $5.00 Amazon gift cards and copies of the ebook.
a Rafflecopter giveaway
Posted by Unknown at 6:03 AM